In this segment of our interview Dr. David Abram discusses reading as an inherently animistic act – as a phenomena not unlike the way non-literate indigenous peoples ‘read’ nature. 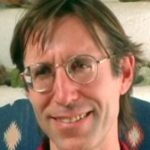 Dr. David Abram is a renowned visionary, cultural ecologist, philosopher, author, teacher, speaker, and performance artist. Utne Reader named him one of a hundred visionaries currently transforming the world and he has been the recipient of numerous other honors including fellowships from the Rockefeller and Watson Foundations. His highly acclaimed book "The Spell of the Sensuous: Perception and Language in a More-than-Human World" received the international Lannan Literary Award for non-fiction.  His essays have appeared in journals including: Orion, Parabola, Tikkun, Wild Earth, Resurgence, The Ecologist and Environmental Ethics. A highly sought after public lecturer, Dr. Abram delivered the keynote address to the United Nations "World Environment Week" at Muir Woods and the New England Aquarium and the Orion Society sponsored a public debate between him and the distinguished biologist Edward O. Wilson on the topic of science, ethics, and the future of environmentalism. Dr. Abram is the founder and creative director of the Alliance for Wild Ethics a consortium of individuals and organizations that employs the arts, often in tandem with the natural sciences, to provoke deeply felt shifts in the human experience of nature.  Additional bio info

BUY CHILDREN OF THE CODE VIDEOS:

THE FUTURE OF LEARNING TO READ AND READING TO LEARN:

Learning Stewards is a 501(c)(3) non-profit organization with Silver Star rating from GuideStar.
Stewarding the HEALTH of our Children's Learning
--------
“The Children of the Code experience was life changing for me. I have renewed passion to ensure that every child learn to break the code–there is nothing wrong with the struggling reader–there is something wrong with the curriculum or the implementation of the curriculum!” - T. Nichols, Ph.D., Consultant, Alabama Department of Education “The keynote speech (Opening the Florida Literacy Conference) and the concurrent session in the afternoon were very inspiring! After the afternoon session I did not even want to go to any other seminar since I was on such a “high” from your presentation of “Children of the Code”. Thank you very much!” - J. Ong, Hillsborough County School District, Florida After listening to David Boulton, who explained and played several video interviews in his (National Circle of Learning Conference) keynote address, it was as if the pieces of the puzzle magically appeared and fit into place. Now it makes sense. I never fully understood how a child felt when they struggle with reading. The work that you do is critical to our understanding of reading and the problems we face both individually and as a society. I look forward to more of the videos as you continue to post them to your Website.” - N. Schmidt, Trainer, Onondaga Cortland Madison County BOCES, Syracuse, NY “I heard your presentation at the American Library Association’s Annual Meeting. Your fascinating work may be our best hope of rousing the nation from its inexplicable slumber on this issue.” - J. Martin, Bread for the Head Organization, Chicago
MORE COMMENTS ABOUT PL/PD EVENTS NOTABLE PAST LIVE EVENTS:
Science of Educating Conference - National School Mental Health Association - 21st Century Learning Initiative - World Futurist Society - PBS: New Science of Learning - Future of Learning Keynotes for Apple - New American Schools Design Team - National Technological University - California Education Summit - Dalian Medical University (China) - International Dyslexia Association - Nebraska School Psychologists Association - South Carolina Education and Business Summit - Scientific Learning’s National Circle of Learning - Lindamood-Bell Conference - Carus Foundation - Contra Costa Literacy Coalition - Convocation for New Britain Schools - Burnaby School District - JP Associates - University of Greenville SC - ACE of Florida - Michigan Council for Exceptional Children - Florida State Literacy Coalition - United Way - Rotary International - National Center for Family Literacy - Fundamental Learning Center - Wyoming State Education Leadership